Birds of Ciudad Real I

Birds of Ciudad Real I

For the first time in more than two months I did manage to do some proper birding yesterday 27 May. A quick visit though to check access and posibilities for a future trip around Ciudad Real, my current hometown. Besides the birds shown in this post I did also find Great Bustard, Red-billed Chough, Western Marsh Harrier and Stone Curlew. As far as I noticed this seems to be a good season for Stone Curlews nesting in this Important Bird Area of Campo de Calatrava. Before exploring the plains I decided to have a look at the nearby Jabalon reservoir where I spotted Black-winged Stilts, Pied Avocets, Kentish and Little Ringed Plovers, Little Stint... in spite of the very low of its water level. 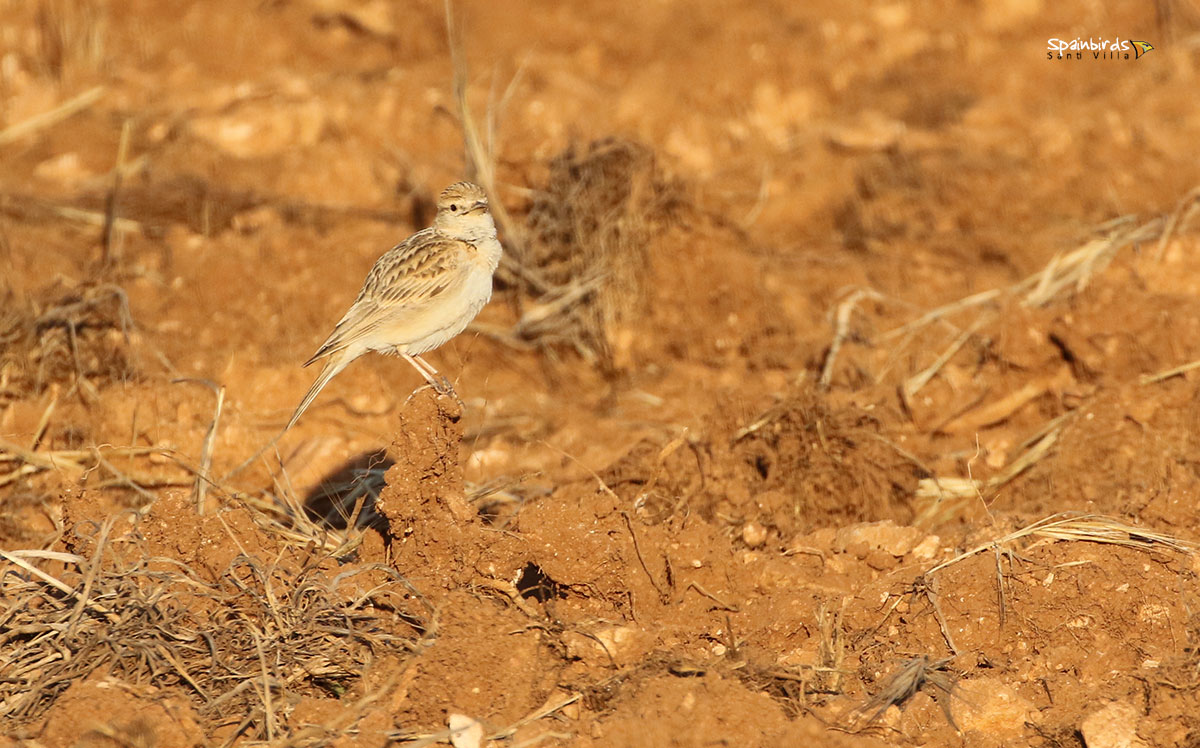 Greater Short-toed Larks arrived while ago and now can be seen at nearly every single bare field at the plains, where I found common Calandra Larks, both quite active chasing each others and skylarking over head. 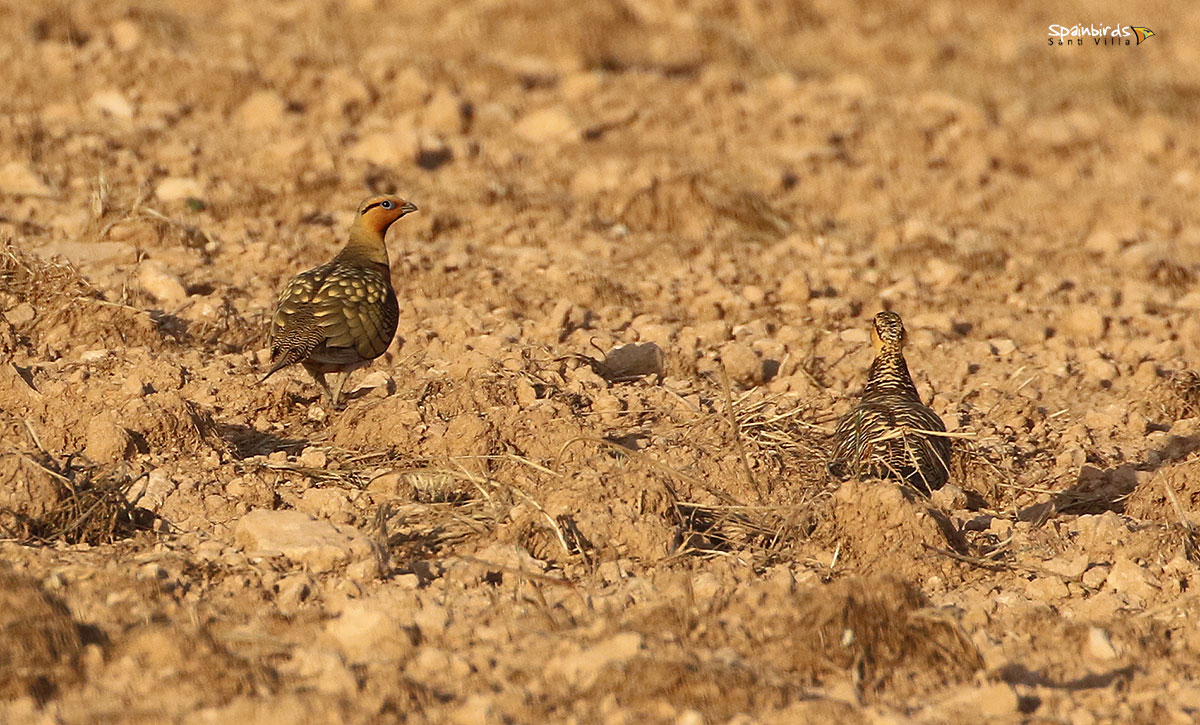 One of the specialties of these plains is the always spectacular Pin-tailed Sandgrouse. In the Winter we can see them in mixed flocks with Little Bustards, however in Spring they are much scarcer. They keep anyway a quite healthy population here and we see them all year round. 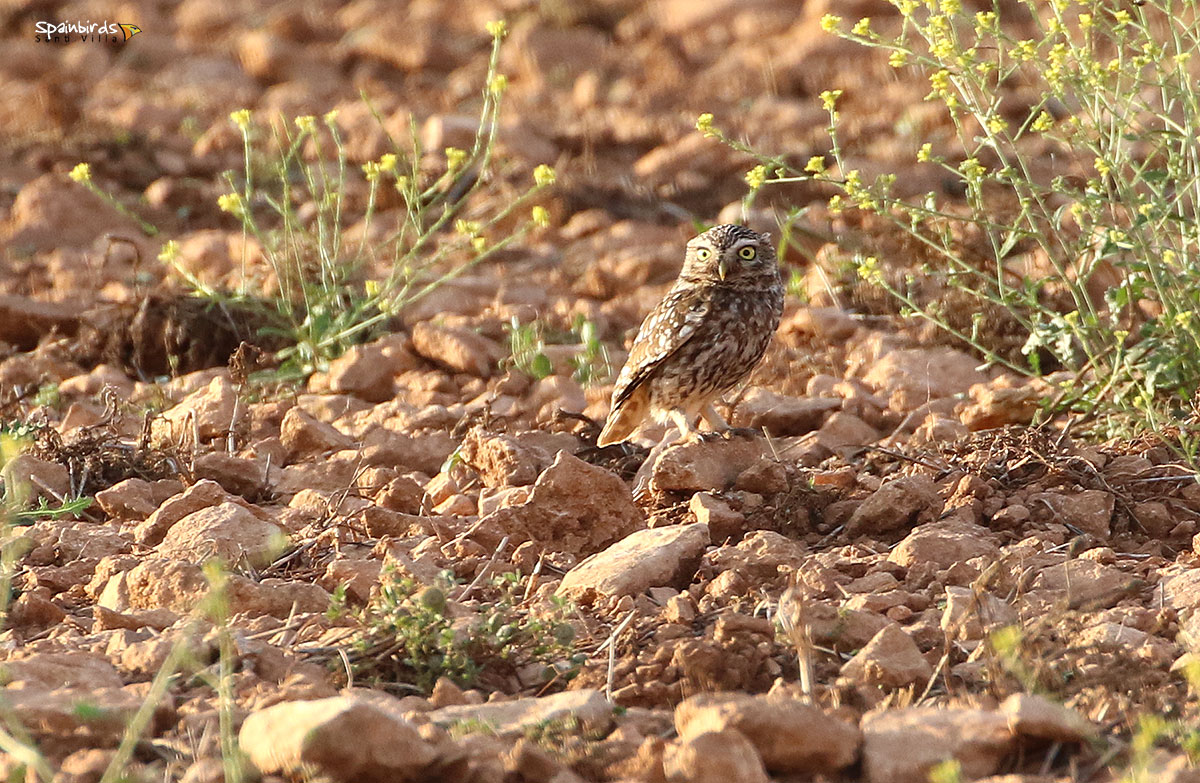 There were not far a pair of Little Owls... the most diurnal amongst all our owls! 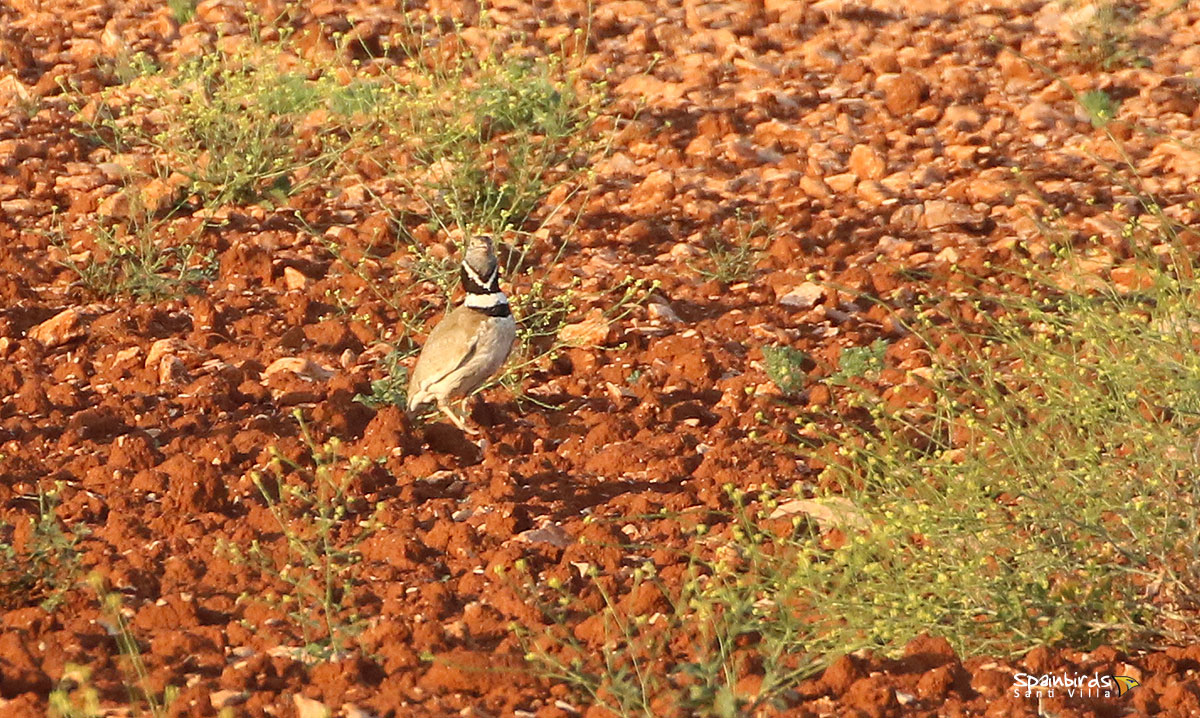 This was the only Little Bustard that I found, however I truly enjoy it for more than 30 minutes. This male was displaying in the very late evening ignoring me! 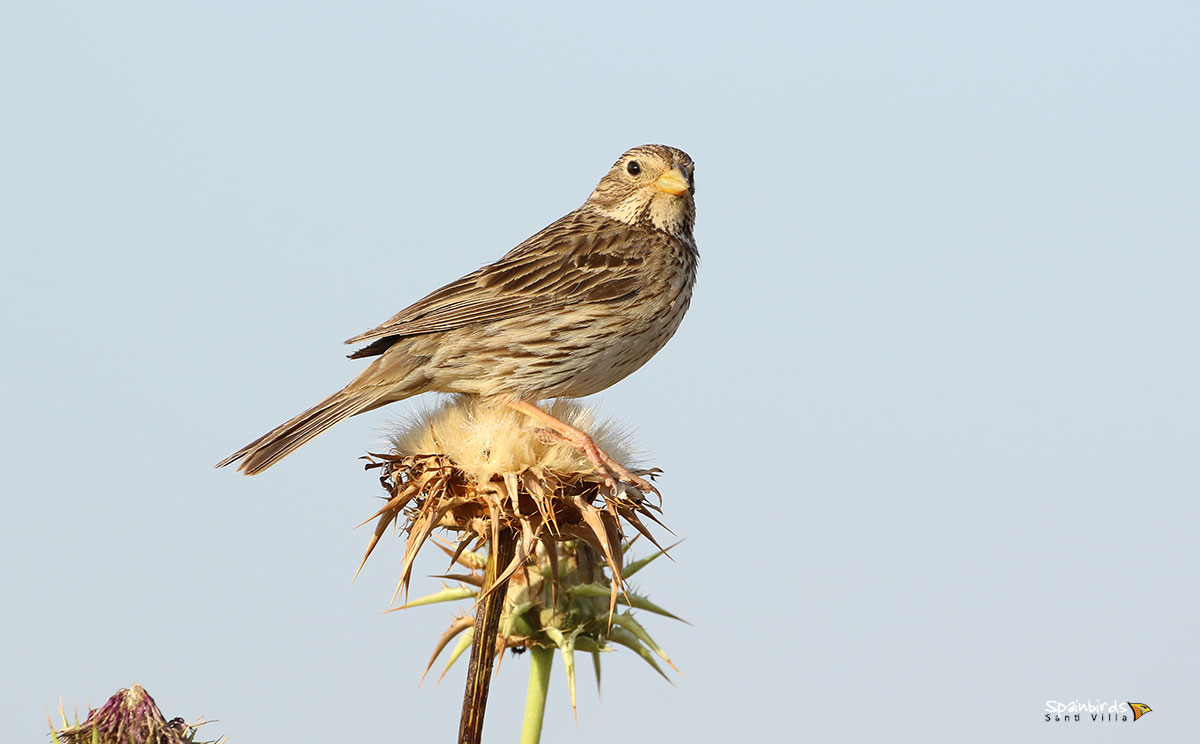 Abundant Corn Buntings! Now totally focused on feeding their youngsters but still chasing their others when invading their hunting territories. This individual was perched next to my vehicle time enough to be photographed. 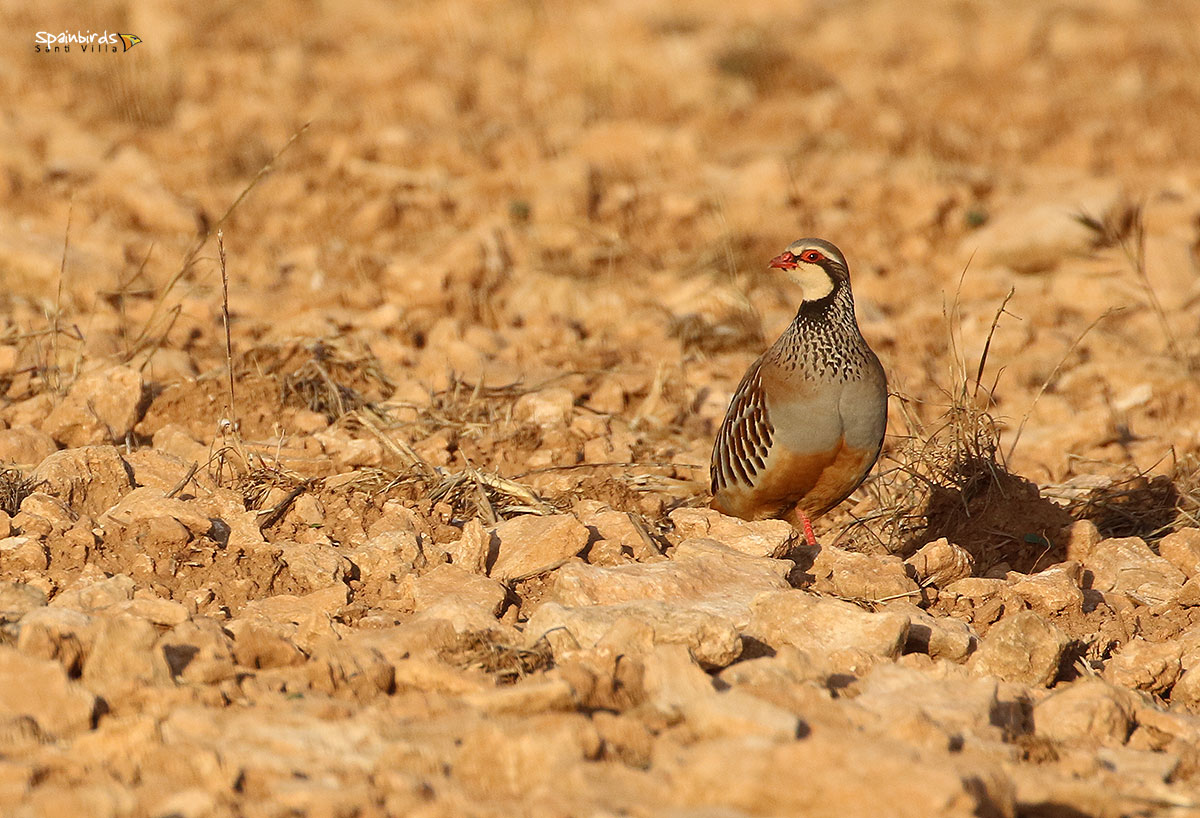 Easy prey for hunters... however one of the most beautiful birds in the dry terrains of this part of the world. Our fields would not be the same without them! Red-legged Partridge. 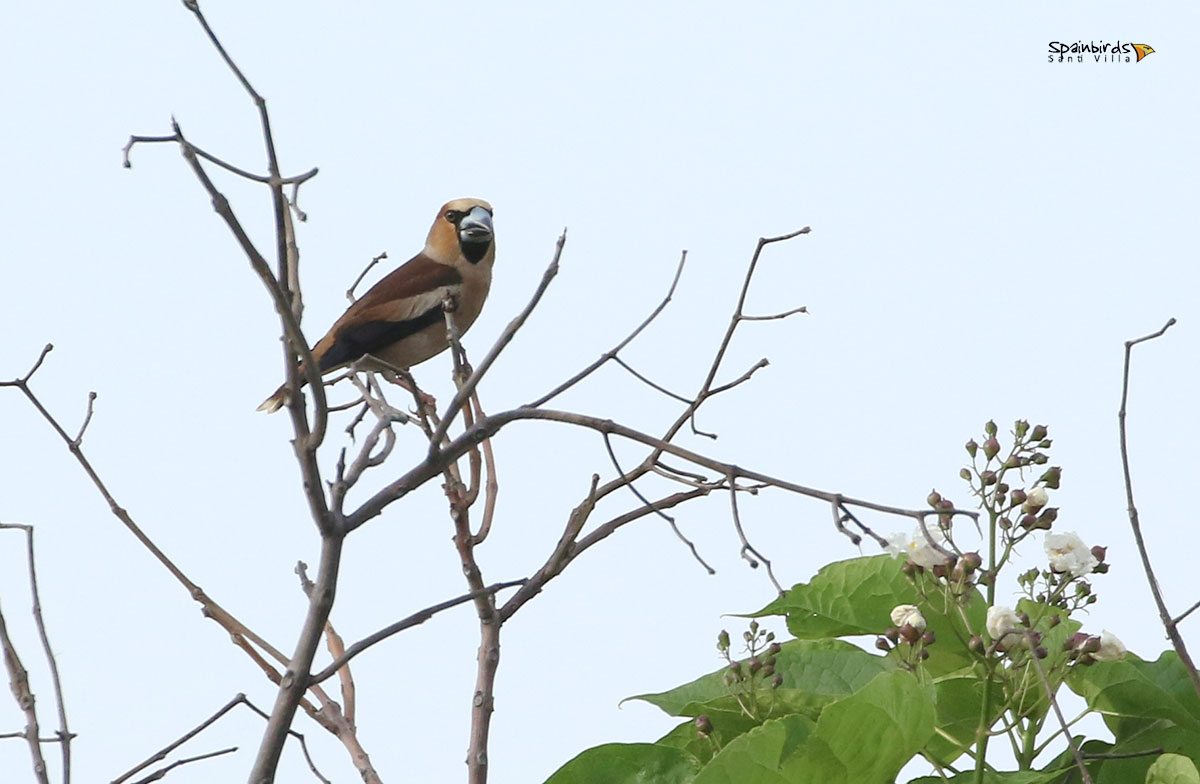 One of the unexpected records was the presence of three Hawfinches. I could only get one of them... but it allowed me at least to take a couple of shots. 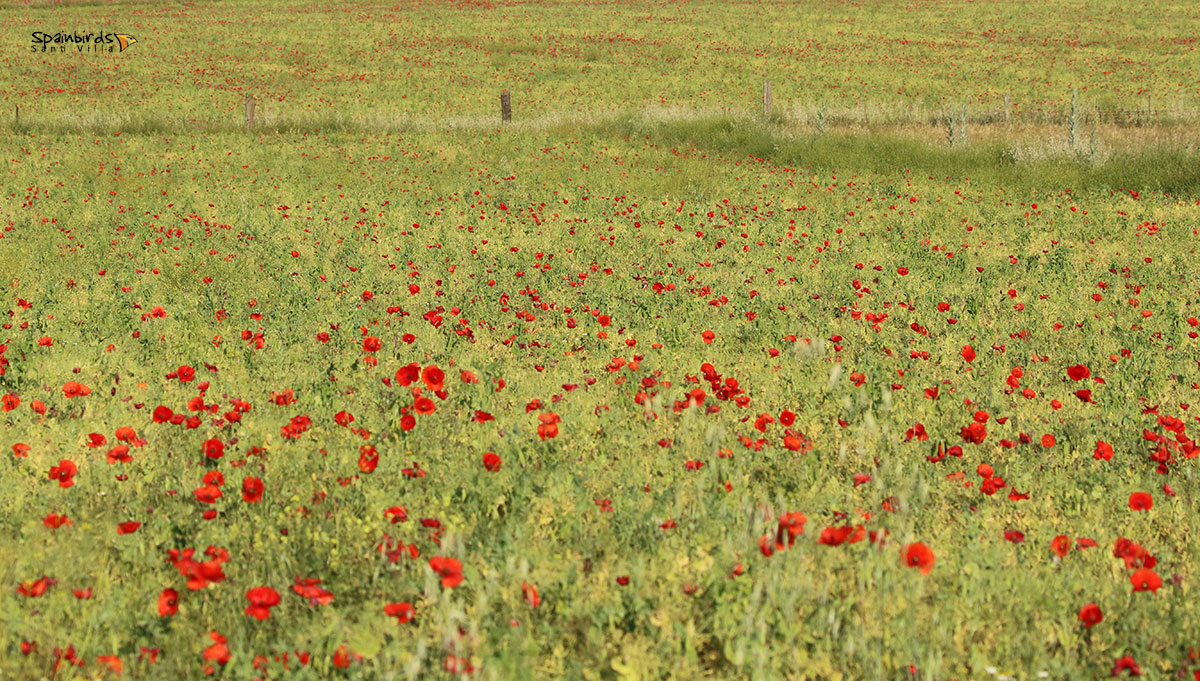 This photo was taken a week earlier in the same place. Yesterday no signs of green neither lovely poppies! The high temperatures of the last days made turn the colors of the plains into brown and yellow.